For 2021, we are back at the Franklin Theatre! Music That Matters - A Night of Songs & Stories (formerly Rock the House Music Jam) will feature an all-new lineup of Nashville's A-list songwriters! 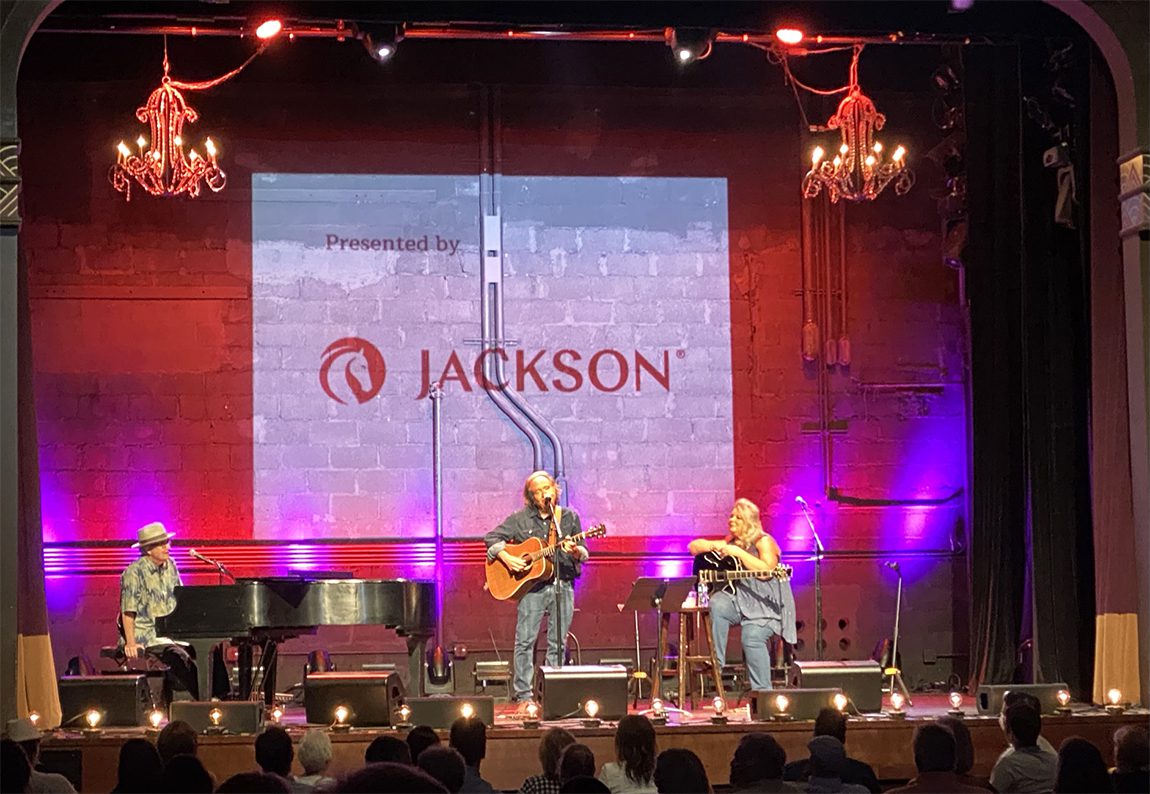 THANK YOU for making this such a memorable event! It was a wonderful night of songs and stories with Tony Arata, Leslie Satcher, and Pete Wasner, with a surprise performance by special guest McKenzie Wasner!

Highlights from the event

Davis House’s music event MUSIC THAT MATTERS – A Night of Songs & Stories (previously “Rock the House Music Jam”) returns to the Franklin Theatre with A-list Nashville songwriters Tony Arata, Leslie Satcher and Pete Wasner who will perform their hit songs recorded by some of the biggest artists in country music!

Tony Arata’s first #1 hit was Garth Brooks’ recording of “The Dance.” In addition to Garth Brooks, who recorded eight of Arata’s songs, the songwriter’s works have been cut by Bonnie Raitt, Emmylou Harris, Reba McEntire, Trisha Yearwood, Suzy Bogguss, and Randy Travis, among others. Arata’s songs were particularly favored by Patty Loveless and Lee Roy Parnell. Loveless recorded Arata’s “Handful of Dust” twice and has also cut “Long Stretch of Lonesome,” “Someday I Will Lead the Parade,” “Nobody Here By That Name” and “Here I Am,” which became a major hit for her in 1994. Parnell had a Top 10 success with Arata’s “I’m Holding My Own” in 1994 and also recorded “You Can’t Get There From Here,” “Tell the Truth” and “Right Where It Hurts.”

Few other female Nashville singer-songwriters are more respected or more revered than the stunning talent that is Leslie Satcher. She has written/co-written songs that have been recorded by everyone from Willie Nelson to Ariana Grande; Vince Gill to Sheila E.; George Strait to Sheryl Crow; Martina McBride to Keb’Mo; Blake Shelton to Bonnie Raitt and many more. She has received multiple BMI “Million-Air” awards recognizing a song’s one millionth airplay and her incomparable vocals contribute to an astounding number of Grammy, CMA & ACM award winning projects.

Learn how you can partner with us

We use cookies on our website to give you the most relevant experience by remembering your preferences and repeat visits. By clicking “Accept All”, you consent to the use of ALL the cookies. However, you may visit "Cookie Settings" to provide a controlled consent.
Cookie SettingsAccept All
Manage consent

This website uses cookies to improve your experience while you navigate through the website. Out of these, the cookies that are categorized as necessary are stored on your browser as they are essential for the working of basic functionalities of the website. We also use third-party cookies that help us analyze and understand how you use this website. These cookies will be stored in your browser only with your consent. You also have the option to opt-out of these cookies. But opting out of some of these cookies may affect your browsing experience.
Necessary Always Enabled
Necessary cookies are absolutely essential for the website to function properly. This category only includes cookies that ensures basic functionalities and security features of the website. These cookies do not store any personal information.
Non-necessary
Any cookies that may not be particularly necessary for the website to function and is used specifically to collect user personal data via analytics, ads, other embedded contents are termed as non-necessary cookies. It is mandatory to procure user consent prior to running these cookies on your website.
SAVE & ACCEPT
JLB - Nashville Web Design & SEO, a WST Web Design Co.